Waldorf education believes in the need to consider human beings as a whole, and practices an evolutionary approach to teaching. It sees education as something very much part of life itself, and draws its lessons from the inner nature of the child.

Waldorf-Steiner pedagogy is an educational system created by Rudolf Steiner, a brilliant Austrian scholar and philosopher who was one of the outstanding figures of German philosophy in the early 20th Century. He founded the first free school in Stuttgart (Germany), in the Waldorf Astoria cigarette factory (hence the school’s name) in 1919, during a period of political, economic and social turmoil shortly after World War I.

The impetus of this pedagogical movement extended rapidly throughout Europe, crossing over to the United States in 1928, when the first Waldorf-Steiner school opened in New York City. In Spain, the first Waldorf-Steiner school was founded in 1980, while the movement has continued to grow around the globe, gaining more and more recognition and appreciation among families in search of creative schools that teach respect and are academically sound alternatives for their children.

There are currently over 2,000 schools and kindergartens in 90 countries around the world, from more developed countries in the area of education like Finland, USA, etc. to developing countries such as Ethiopia, Pakistan etc.

The pedagogical foundation for Waldorf-Steiner education is an understanding of the human being as a tripartite organism: physical, animate and spiritual, with a development that takes place in seven-year stages; each stage having its own specific needs that require appropriate accompaniment and the correct pedagogical approach.

Our education encourages respect for children and their individual development, recognising every child’s maturing process and finding a balance between the physical, animate and spiritual aspects of every human being. The objective is to help our children cultivate all their capabilities through a comprehensive, holistic approach, with creativity and a responsible attitude towards themselves and the world they live in.

Therefore, the purpose of Waldorf-Steiner education is the development of every individual from a universal and wide-reaching conception of the human being, while its pedagogical methodology supports the development of the child’s skills and capabilities, placing equal importance on educational content and their learning processes.

Waldorf in the World 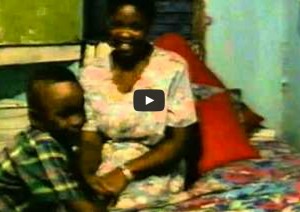 What is a Steiner school?